What a weird country I’m currently in. I’ve seen these lovely parks with plenty of green grass what would make lovely fields for playing league. But no. It seems that these parks are dedicated to some strange ritual. It does involve something like a football but rather then running it over the try line, they kick if through two large sticks, flanked by two smaller ones.

Yes, I’m in Melbourne where nary a Steeden is to be seen.

But even in this league wasteland (look the Storm may be based here but I’m sure that no-one in Victoria really knows they exist) I can blog about the footy.

Over in Bunnyland, coach JT has done something unusual and blamed himself for the Souths going south in the competition. The lack of a consistent halves pairing is hurting (Jeremy Smith is not the answer). But during the trials, I saw Souths flog the Sharks 44-0 playing an expansive game with some great passes. We’ll see what happens this weekend.

That’s all Folkes for the Bulldogs. Keeping it all in the family, assistant coach and brother-in-law Kevin Moore is the sure thing to be his replacement.

State of Origin is slowly creeping into the mix. In NSW the concern is over who will play halfback? Manly’s Matt Orford rightly would feel miffed if a part-timer such as Robbie Farah is given the half back’s role. Farah, if fit, needs to be at hooker. He tried half last year for the Tigers and was no where near as effective. Incidentally, Farah is listed as half against the Raiders this weekend.

The bolter for NSW half back could be Broncos half Peter Wallace. But please pick a regular half and not fall the idea of playing some one out of position.

Looking ahead to the weekend, the big match is the Storm hosting Manly in the grand final replay. More to say on that anon. 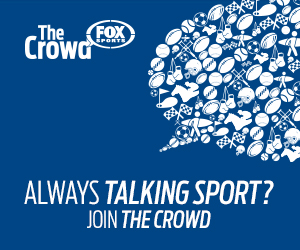